LibreOffice’s native file format is OpenDocument, a fully open and standardised format that’s great for sharing documents and long-term data storage. Of course, LibreOffice does its best to open files made by other office software as well, even if they’re stored in pseudo-“standards” with cryptic and obfuscated contents. Compatibility with PowerPoint PPT(X) presentations

Macros help users to automate common tasks in LibreOffice. In September 2019 we announced a new team in our community to work on macro support. A progress report was published in November 2019, so let’s review everything that happened since then. 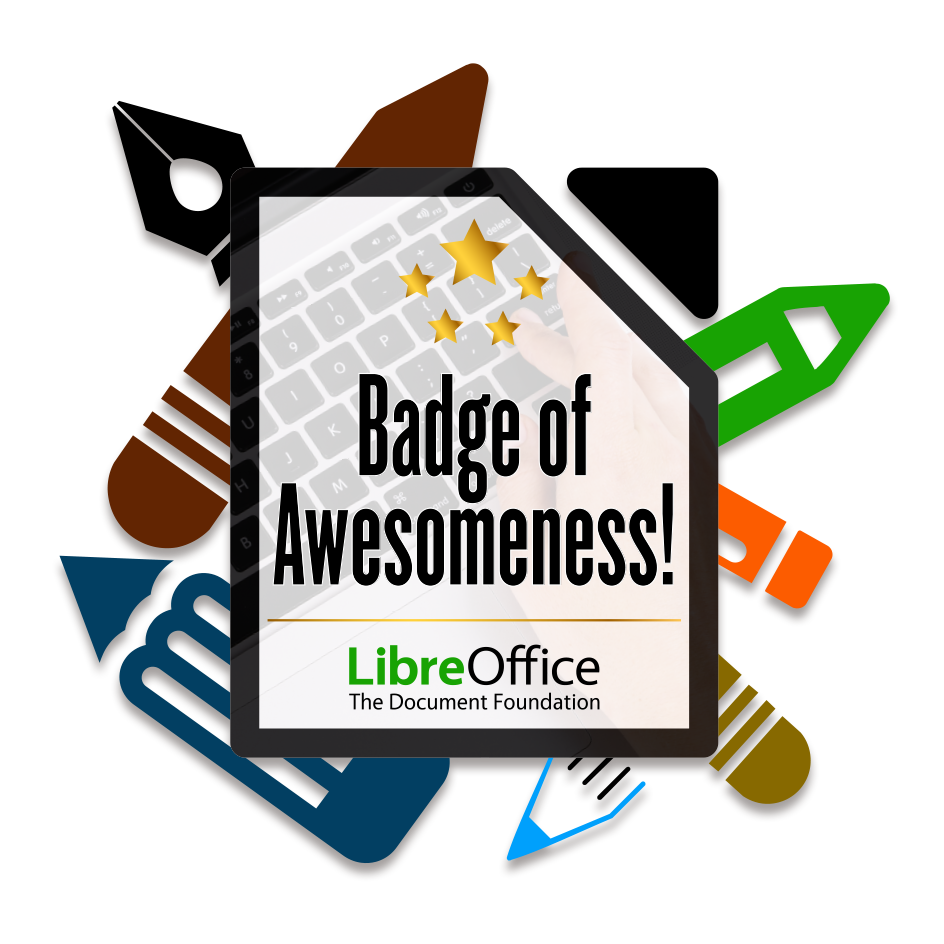 LibreOffice is made by volunteers and certified developers across the globe, and today we’re announcing a new system to credit their work and show appreciation: Open Badges. So what are they?

In a nutshell, Open Badges are PNG images that are awarded to contributors for reaching a certain threshold –