Have you ever tried to draw special and complex shapes beyond the basic offerings of LibreOffice? A custom shape of the Fibonacci spiral defined by its equation and properties with handles to reshape size? Thanks to Regina Henschel, now you have a tutorial for drawing custom shapes of your own and use them in LibreOffice.…

ODF is the OpenDocument Format, the native format used by LibreOffice (and supported by many other apps too). Then there’s the ODF Toolkit, a set of Java modules that allow programmatic creation, scanning and manipulation of ODF files. Svante Schubert writes with some updates:

We are happy to announce that there have

Today, the Coalition for Competitive Digital Markets (https://competitivedigitalmarkets.eu/), a group of more than 50 technology companies from 16 different European countries, sent an open letter to members of the European Parliament to raise awareness about interoperability and to impose stricter rules on big companies – the so-called ‘big tech’ companies – that act as gatekeepers

LibreOffice is free and open source software, which means that it’s much more than zero-cost. Anyone can study how it works, modify it, and share those modifications with other users. (So the “free” is more about freedom than price.)

There are many other well-known free software projects, such as the GNU/Linux 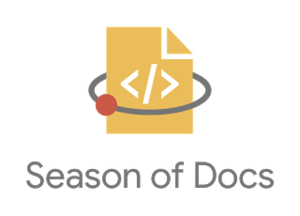 The Calc Guide for LibreOffice release 6.2 contained a lengthy appendix (70 pages) devoted to the 500+ functions available in Calc, providing a shallow list of the functions and their arguments. During the update of the document for release 6.4 in 2019, the Documentation Team agreed

Are you using Apache OpenOffice? Have you recently tried to open a .odt, .ods or .odp file and received this error message? “This document was created by a newer version of OpenOffice. It may contain features not supported by your current version.”

In this case, the document probably wasn’t created in OpenOffice, but