The ODF Advocacy Open Project we have pre-announced at FOSDEM is now a reality. Yesterday, OASIS has released the following press release, which is just the first step of a new sustained activity focused on supporting 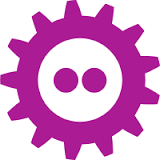 FOSDEM is one of the largest gatherings of Free Software contributors in the world and takes place each year in Brussels (Belgium) at the ULB Campus Solbosch. In 2019, it will be held on