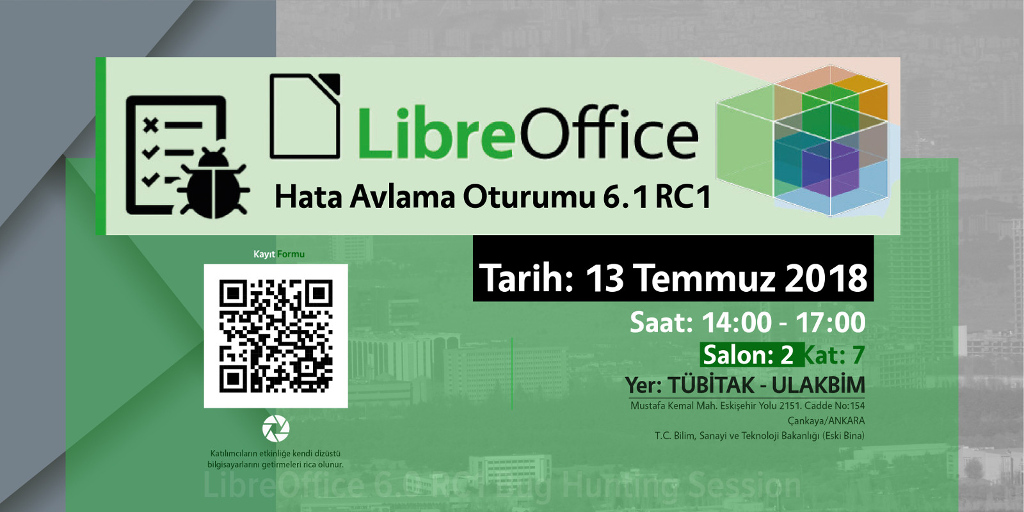 LibreOffice 6.1 is approaching, and the Turkish community is organising an RC1 Bug Hunting Session in Ankara on July 13. Here are the details:

Attendees will bring their own laptops. Registration until Thursday 17:00 (UTC+3) is required. There will be snacks,

LibreOffice users around the world help developers to test new features and fix bugs before a new version is released. After the first and second Bug Hunting Sessions of LibreOffice 6.1, which were held on April 27th 2018 and May 28th 2018 respectively, we’re glad to announce the third Bug Hunting

LibreOffice 6.1 is being developed by our worldwide community, and is due to be released in early August – see the release notes describing the new features here. You can help us to test it, and make it super reliable!

After the first Bug Hunting Session for LibreOffice 6.1, which was

LibreOffice 6.1 is due to be released in mid August 2018, with many new features (those already implemented are summarized on the release notes page, with much more still to come).

In order to find, report and triage bugs, the Quality Assurance (QA) community is organizing the first Bug Hunting Session

LibreOffice 6.0 was released on January 31 and this is what happened during its development in LibreOffice’s Bugzilla, which started when the 5.4 branch was branched off from master on May 18 2017.

Note: This blog post has been created based on bugs in Bugzilla that have the whiteboard ‘target:6.0.0’, 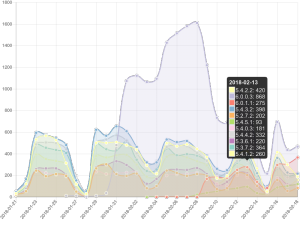 Last week, we have published the crash report chart just two days after the announcement of LibreOffice 6.0.1, to show the impact of the new version