LibreOffice’s worldwide community of volunteers and certified developers has been working hard on the many updates in LibreOffice 6.2. But while shiny new features are great for users, it’s important that they’re well-tested too! That’s where our QA (Quality Assurance) community comes into play. So today we talk to Xisco Fauli,

LibreOffice 6.2 is being developed by our worldwide community, and is due to be released in early February, 2019 – see the release notes describing the new features here. LibreOffice 6.2 will include a new (optional!) user interface design called the Notebookbar – see here for some screenshots. You can help

Our community is working on LibreOffice 6.2, which is due to be released in early February 2019! While developers are adding new features, other community members are helping to test them, in the form of Bug Hunting Sessions. You can learn more about these on our Quality Assurance blog, and in the meantime,

LibreOffice 6.2 is currently being developed by our worldwide community, and is due to be released in early February 2019 – see the release notes describing the new features here. We’re still early in the development cycle, so more features are still to come!

In order to find, report and triage bugs,

Question: Who can help to improve LibreOffice for millions of users around the world?
Answer: Anyone! 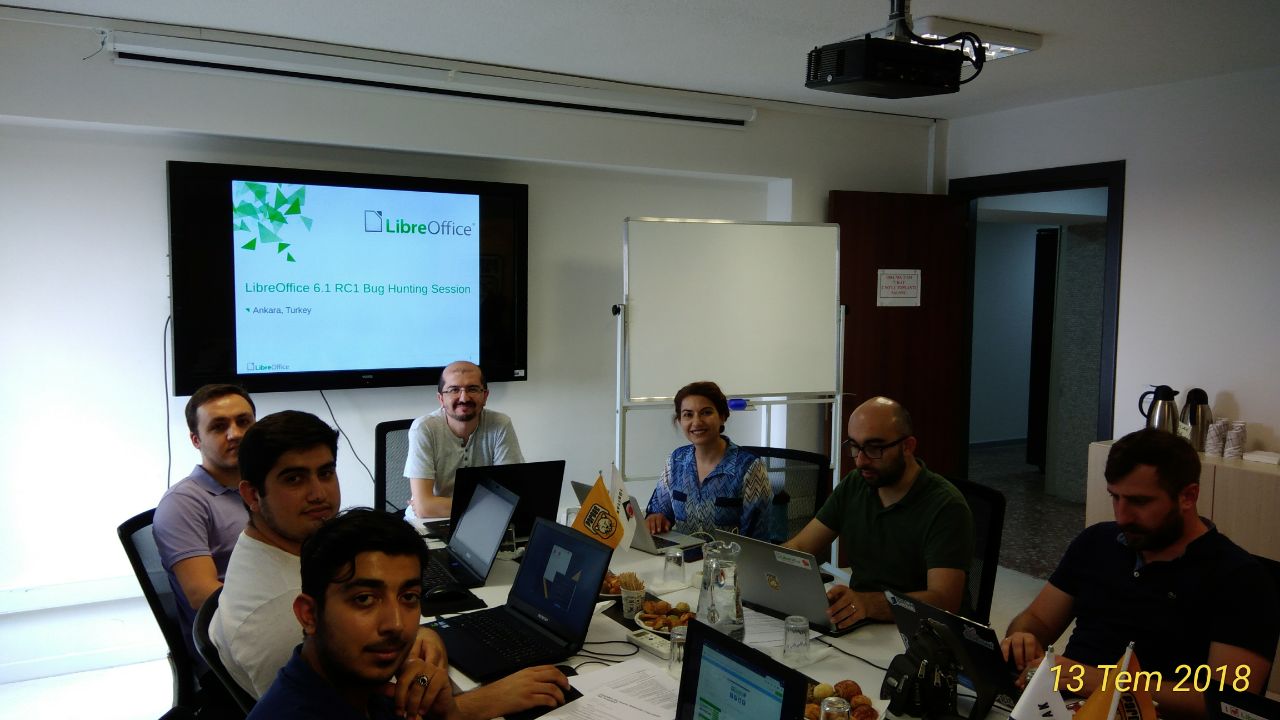 For instance, the Turkish LibreOffice community recently organised a Bug Hunting Session for LibreOffice 6.1 Release Candidate 1, to find and fix issues before the final release in early August.