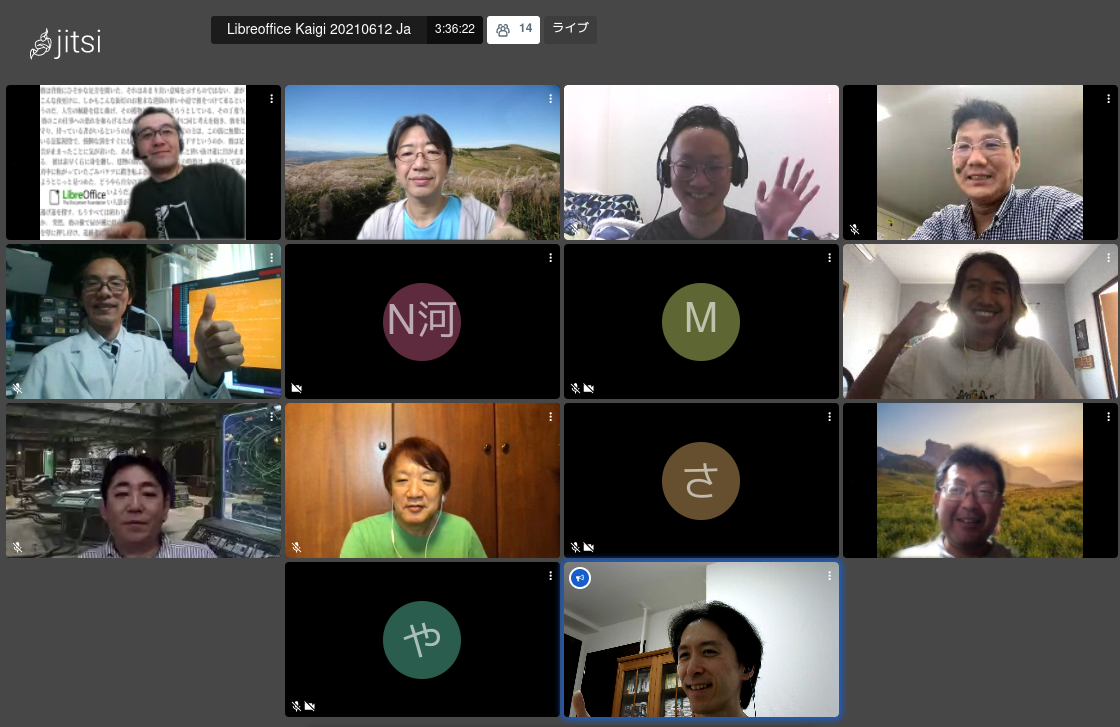 LibreOffice Kaigi 2021 Online was held on Saturday, June 12, 2021. This is normally an annual gathering in Japan, originally scheduled for March 2020 in Osaka – but due to COVID-19 we were unable to hold it. This year, for the first time, the meeting was held online, with speakers and participants joining the Jitsi meet, which was also broadcast live on YouTube. The maximum number of connections was around 27 people for both. We are grateful to The Document Foundation and iCraft for sponsoring the event. Thank you very much!

The day’s events can be viewed on the YouTube archive. The slides are available on the TDF wiki.

The keynote speaker, Ahmad Haris, who leads the Indonesian community for LibreOffice, gave an introduction to our work in Indonesia. Indonesia is made up of many islands scattered over a wide area, and is the equivalent in distance of London to Baghdad.

The local LibreOffice Conference in Indonesia in 2018 was a success and the community is very active. Currently there are 795 participants in the LibreOffice Indonesia Telegram group. Translation is focused on UI, then Help, while QA events have been held with the help of Ilmari, and workshops have been held at universities. The Indonesian community has also contributed to the splash screen. Recently, they have contributed many templates, some of which are included in LibreOffice.

The well-received LibreOffice 7.0 introduction video was also made by the Indonesian community with music composed by Haris. The screenshot of the slide was retweeted more than 2,600 times, with the story that Indonesia has an island called Java and that Java and JavaScript are not just programming languages, but Javanese words. 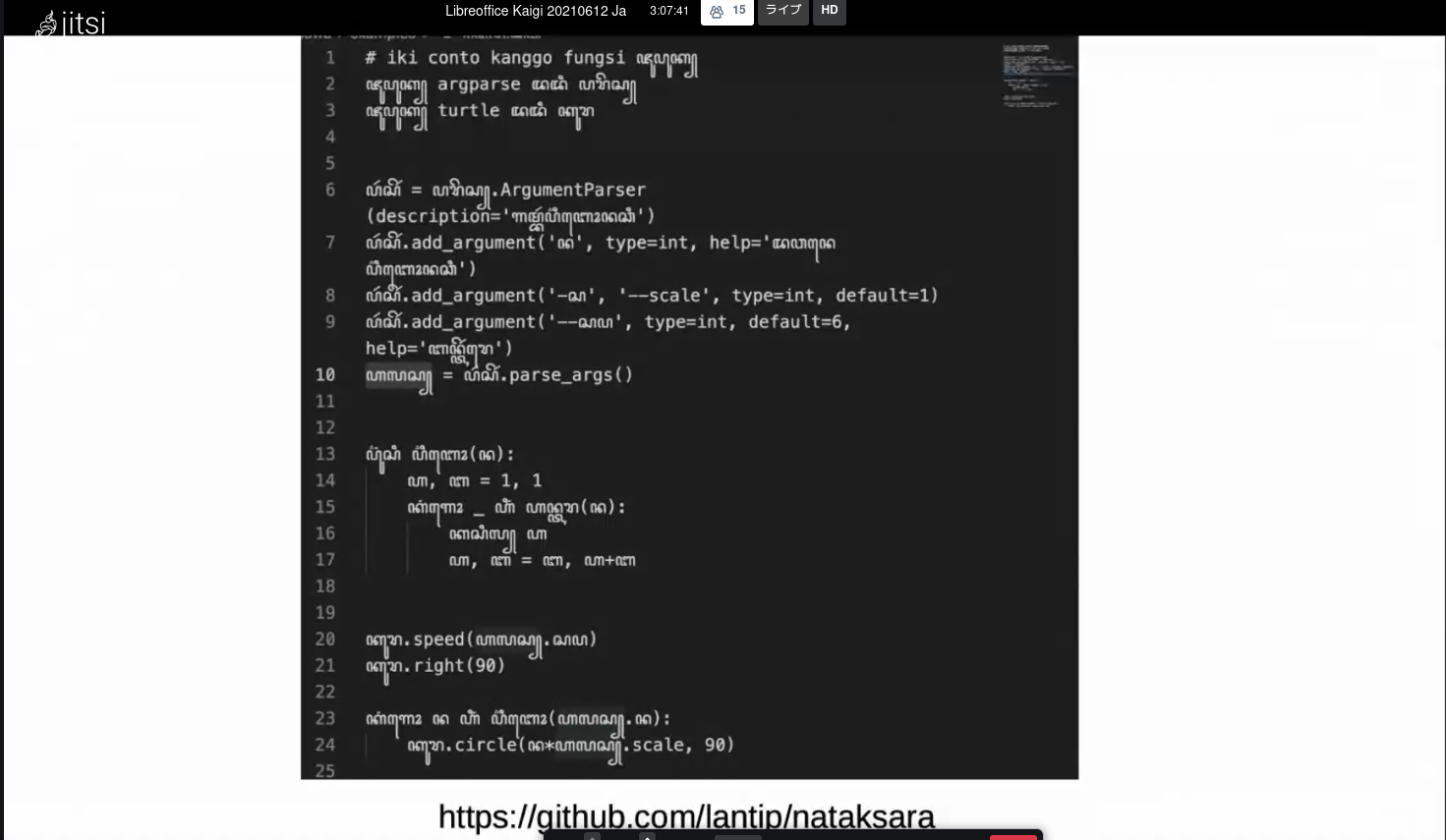 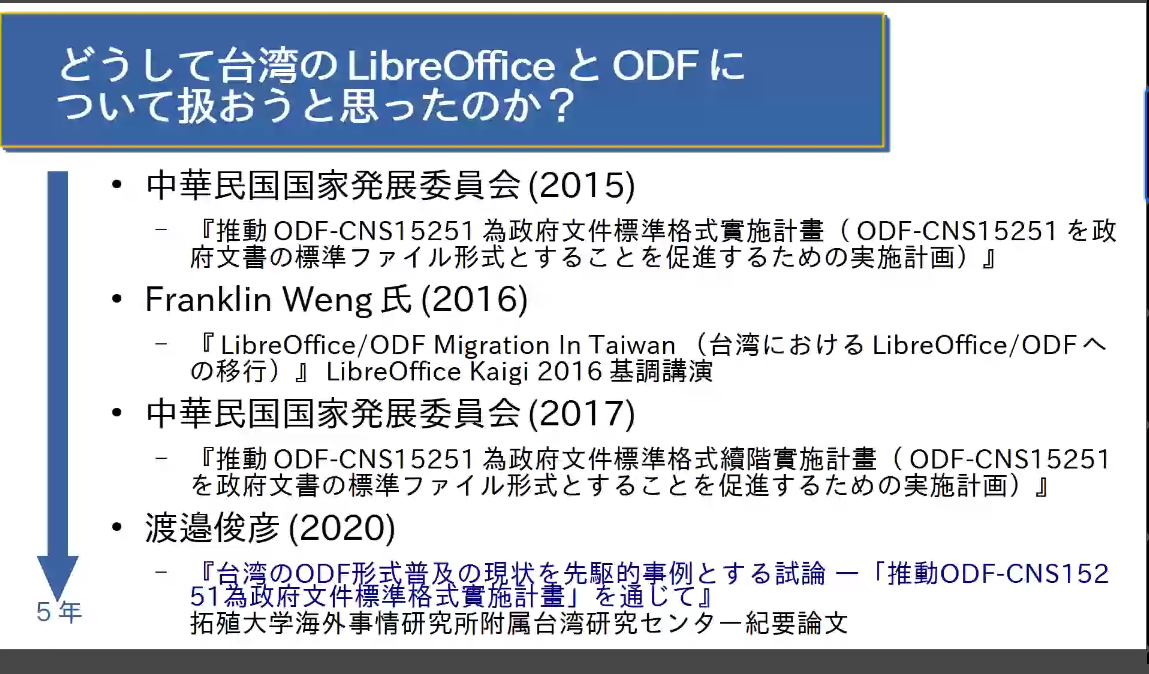 There were three lightning talks including jumping in and out, and the general Q&A afterwards was filled with discussions about why and what opportunities are available in Japan to promote open source software and LibreOffice.

The Japanese community holds “LibreOffice Hackfest Online” sessions every Wednesday night, to work on LibreOffice and exchange information, and “Online Study Sessions” (the next one will be on September 4) to exchange know-how among users every three to four months. Check out Connpass and join the events that interest you.

Many thanks to everyone in the Japanese community for all their great work! And to everyone reading this who wants to spread the word about LibreOffice in other areas/languages, drop us a line and let’s work together 👍