Today marks five years since The Document Foundation (TDF) was legally incorporated in Berlin, Germany. We want to celebrate this anniversary by highlighting some recent activities and events from our Native Language Projects. These communities have been instrumental to the growth of TDF and LibreOffice, and are one of our most important assets. 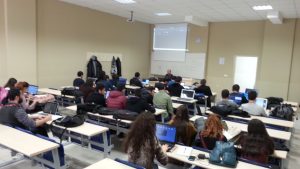 The Turkish community recently attended the Academic Informatics Conference 2017 in Aksaray, from 8 to 10 of February, with several LibreOffice related activities.

A general presentation was done by Muhammet Kara and Gökhan Gurbetoğlu in the first session (first half of the first day). 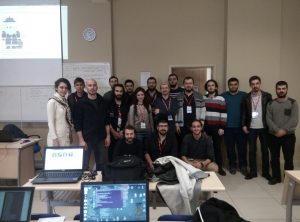 Attendees who had relatively older computers were provided with SSH access to a 32-core machine, courtesy of TUBITAK ULAKBIM. The last session (first half of the second day) was held like a hackfest. Questions from attendees were answered by the speakers.

LibreOffice community members were pleased to see that the participants were eager to learn about the software, and together they established a WhatsApp group for further communication. A more detailed presentation about LibreOffice development activities in Turkey was given by Gülşah Köse and Muhammet Kara on the last day (morning) of the conference. 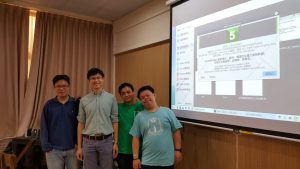 The first LibreOffice QA Sprint in Taiwan – organized by Software Liberty Association Taiwan and supported by two professors of the Department of Computer Science and Engineer, National Cheng-Kung University: Professor Joseph Chung-Ping Young and Alvin Wen-Yu Su – was held in Tainan City on December 17, 2016. In this four-hour sprint the attendees found and reported many issues. Attendees were students, teachers, employees of enterprises and governments, LibreOffice developers and lecturers, and all four TDF members in Taiwan. 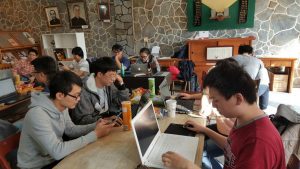 Early in the afternoon, a live video-session with Italo Vignoli, one of the core members of The Document Foundation, gave most of the attendees exposure to the international community for the first time.

Han Lu, a student in NCKU, summarized the issues found by attendees. After the summary, Franklin Weng explained how to report bugs on the LibreOffice Bugzilla. Also, Cheng-Chia Tseng introduced the Pootle translation platform for LibreOffice and gave some tips on how to translate LibreOffice. 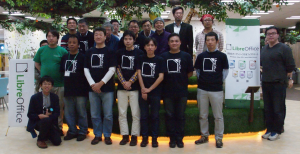 LibreOffice Kaigi 2016.12, Japan’s annual LibreOffice conference, was organized in early December 2016 with great success! The word Kaigi is the Japanese word 会議, which means conference. The name means not only Japanese regional, but also Japanese users-specific.

Around 25 people gathered and enjoyed several talks (migration to Open Document Format in Taiwan, by Franklin Weng, LibreOffice/ODF and styles, maintaining Math and Japanese translation), along with a few lightning talks and a panel discussion.