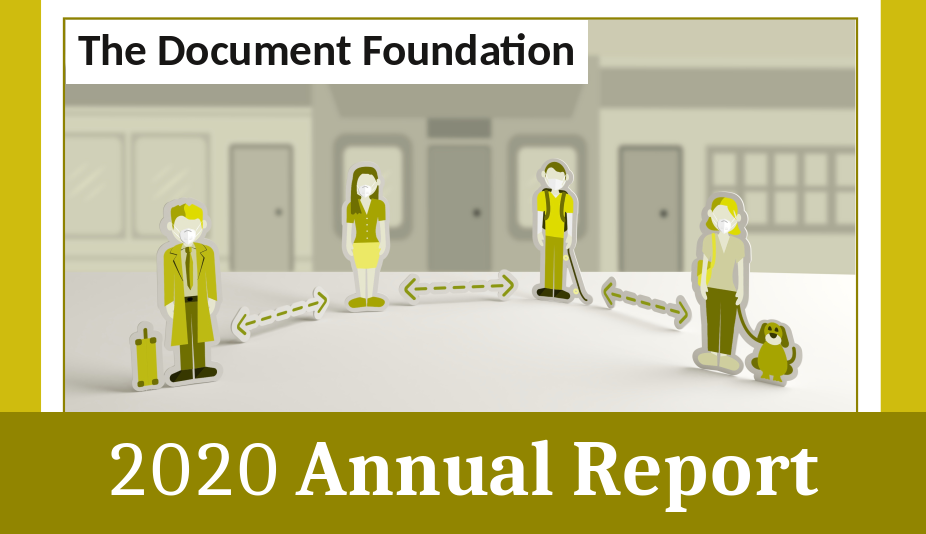 In 2020, the infrastructure team added new services, implemented a new Extensions and Templates site, and worked on a replacement for Ask LibreOffice

(This is part of The Document Foundation’s Annual Report for 2020 – the full version is here.)

LibreOffice’s infrastructure team is responsible for maintaining the hardware, virtual machines and services that enable the wider community to develop, market, test, localize and improve the software. The public infrastructure is powered by around 50 kernel-based virtual machines (KVMs) spread across four hypervisors, plugged to an internal 10Gbps switch, hosted at Manitu in St. Wendel (Germany), and managed with libvirt and its KVM/QEMU driver. The virtual disk images are typically stored in GlusterFS volumes – distributed across the hypervisors – except for some transient disks (such as cache) where the IOPS requirement is higher and the redundancy less important.

In 2020, the infra team added various new services, such as the new SilverStripe-based Extensions and Templates site. Some background to the technical and design decisions behind the site are here on the blog.

Meanwhile, Discourse was investigated as a likely AskBot replacement, while several VMs for deployment tests outside the scope of infra were handed over (such as decidim). The infra team worked on Moodle (an e-learning platform), build bots, integration of the Weblate translation platform into the TDF development dashboard, and a crashtest box (sponsored by Adfinis).

Along with the new services, there were many notable upgrades too. Some machines are still running Debian GNU/Linux 9 (codename Stretch), but most are now upgraded to Debian 10 (codename Buster). Other updates include: Nextcloud 16 to 20, Gerrit 2.16 to 3.2, LibreOffice Online 6.3 to 7.0, and Mediawiki 1.31 to 1.35. Finally, OpenGrok, Etherpad Lite, Weblate and the Grimoire dashboard received updates too.

Notable refactoring/improvements took place in the online help backend, along with the backends for bibisecting and mailing lists. The team started collecting metrics for download counters and the update checker, and worked on improving IRC bots, the monitoring setup, and a distributed backup solution.