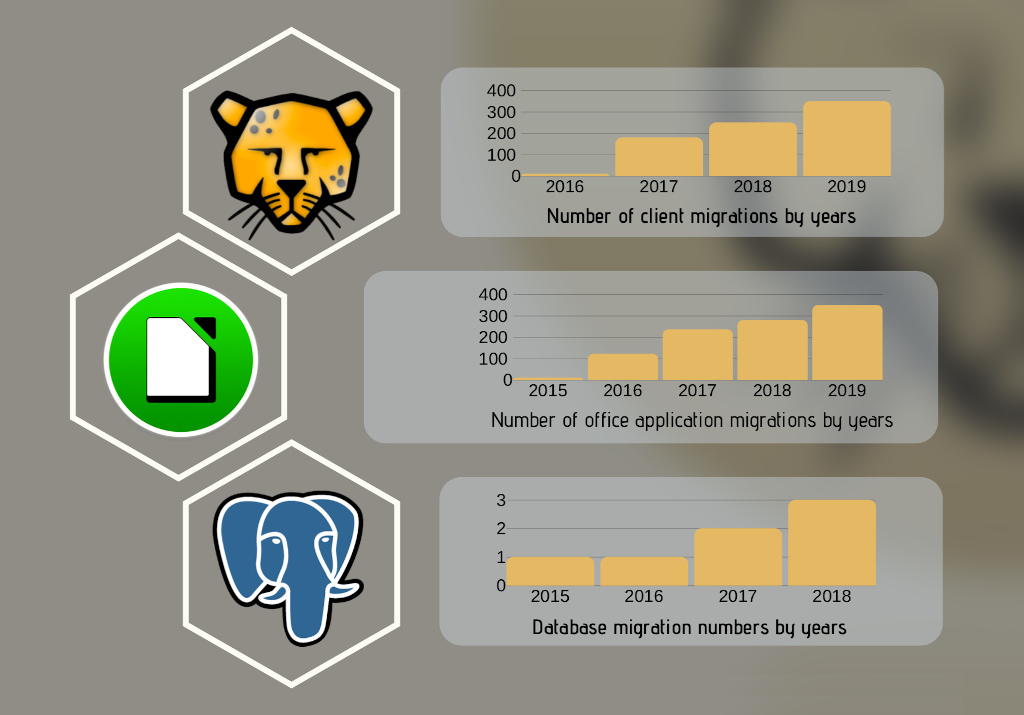 Many companies, non-profits, schools and other organisations around the world have switched to LibreOffice to avoid vendor lock-in and get back full control over their data. The Eyüpsultan Municipality reported from their migration to Linux and LibreOffice in recent years, which started in 2015:

This was a big decision, and it wasn’t made lightly. Open source technologies provide an important opportunity for our country to have an independent and secure information infrastructure. There are uncertainties about future terms and costs of using licensed software that connects users to a particular brand ecosystem. The more connected to these technologies we are, the harder it is to switch to alternative products. The commercial nature of key companies, to say nothing of pricing and licensing policies, poses significant risks.

As Eyüpsultan Municipality, we aimed to reduce service costs as well as external technology dependencies by using open source software, including the Pardus GNU/Linux operating system. Pardus was developed by the Turkish government as a desktop Linux distribution focused on graphical users in office settings. We wanted a solution that gave us an independent developer and increased sustainability, flexibility, and fiscal savings. In this respect, we consider our migration project to be a social responsibility. We are trying to create awareness of this goal by pioneering the use of Pardus in public institutions throughout Turkey.

The migration team knew from the start that it would be a major undertaking. They made sure to communicate with all workers in the municipality about their plans, and began by running training sessions with LibreOffice in the first phase. Then:

After the trainings, administrators installed the open source LibreOffice software to replace the licensed Microsoft Office software on all client computers. This decision to train users before installing the software minimized the problems they experienced when migrating from familiar software (including the operating system).

We didn’t stop there, though. We let people settle in with LibreOffice for a year, and in 2016, we repeated the training on Linux and LibreOffice. Once users passed an exam at the end of the training, we installed Linux on their computers. We provided re-education to those who didn’t pass the exam and then installed Linux upon success. So, the migration of the operating system began!

Even after the training, the migration team didn’t stop communicating with users – they checked in regularly to see what the workers were struggling with, and helped to fix them. In all, the team regards regular training as the most most significant reason for its success.

Introducing open source to your organisation

So, what else did they learn, and what would they say to other organisations or companies considering LibreOffice, Linux and other free and open source software?

Take what lessons you can from our experience, which is ongoing. Introduce open source as a viable option for your workplace. Take on the responsibility of delivering education on the knowledge required to use open source solutions. With open source, you never know what will become possible.

Thanks to the migration team for their report! Note that The Document Foundation, the non-profit entity behind LibreOffice, offers a comprehensive certification program for migration professionals. Also see the Migration Protocol which provides more information on migrations to LibreOffice.