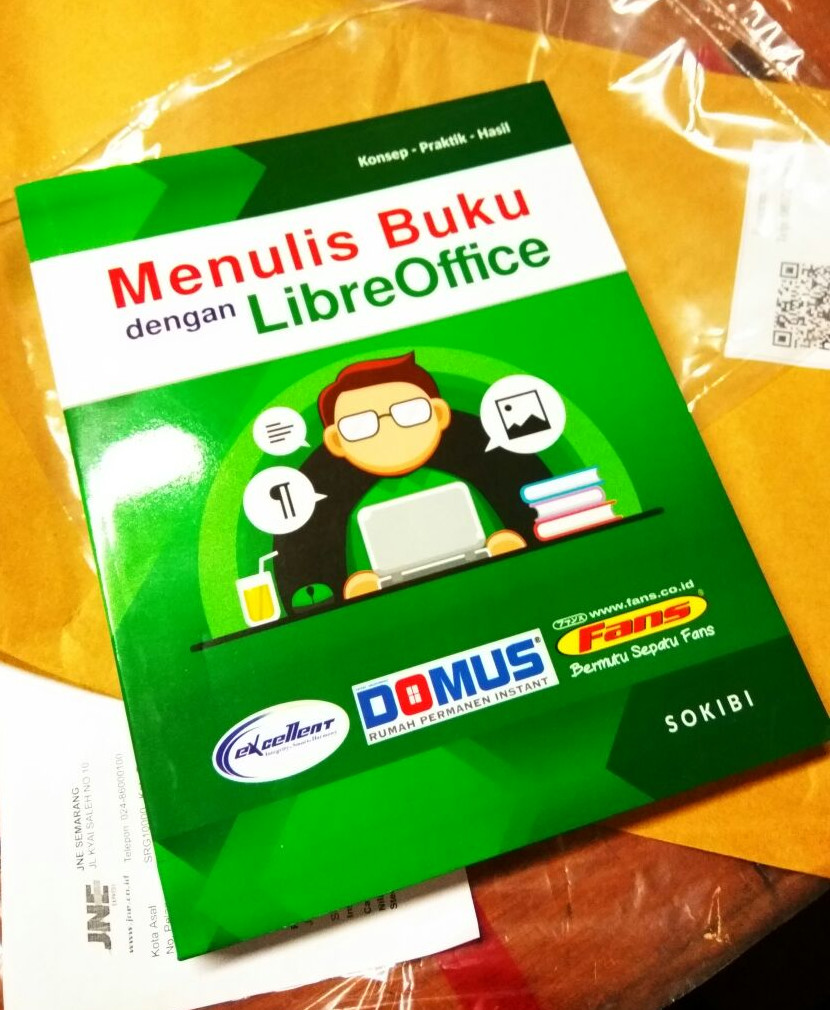 Sokibi (no last name – it’s a typical Javanese old-style name) was born in a rural village, around 45KM away from Semarang City in Central Java island, Indonesia. He now runs a small store residing in a traditional market, working on repairing computers, selling new and used computers, and provided open source solutions for migrations, support and training.

Sokibi has had extensive experience with office suites – from StarOffice and OpenOffice.org to LibreOffice. So besides his daily job, he put huge effort into teaching LibreOffice in schools, from primary schools to high schools. It was not always easy to go to different schools, which were usually very far away from his home town or company, but over the last 20 years, Sokibi has insisted on spreading knowledge about these office suites, without getting students locked in to proprietary software. During these times, Sokibi also wrote 16 books about learning computers from beginner level onwards, including four books for kindergarden kids and 12 books for primary school students.

What Sokibi has done is not only teaching computing and LibreOffice in schools. Many villages in Central Java have libraries but no computers at all. Although Sokibi has just run a small store selling computers, he decided to donate many computers to these libraries to build computer labs there, with Linux and many other open source programs – including LibreOffice – pre-installed.

Several years ago, Sokibi joined the documentation team of BlankOn Linux – an Indonesian Linux distribution founded by Ahmad Haris – writing documents for users who wanted to migrate to FOSS, and also about the daily use of LibreOffice. Now he’s still writing books – including computer learning books for high school students, and several other FOSS applications, like the one pictured above (which covers LibreOffice, Gimp and Inkscape).

In his point of view, currently there is only small or limited documentation and HOWTOs in his local language Indonesian. Therefore he keeps teaching and spreading the knowledge and love, hoping that the number of contributors to LibreOffice and FOSS can grow.

We believe that there are more people like Sokibi, spreading his knowledge and love to people using the power of free and open source software. Let’s applaud Sokibi, and if you know anyone doing the same, please it share with us!