Today we’re talking to DaeHyen Sung from our Korean community, about opportunities and challenges for advocating LibreOffice and free software on the Korean peninsular… 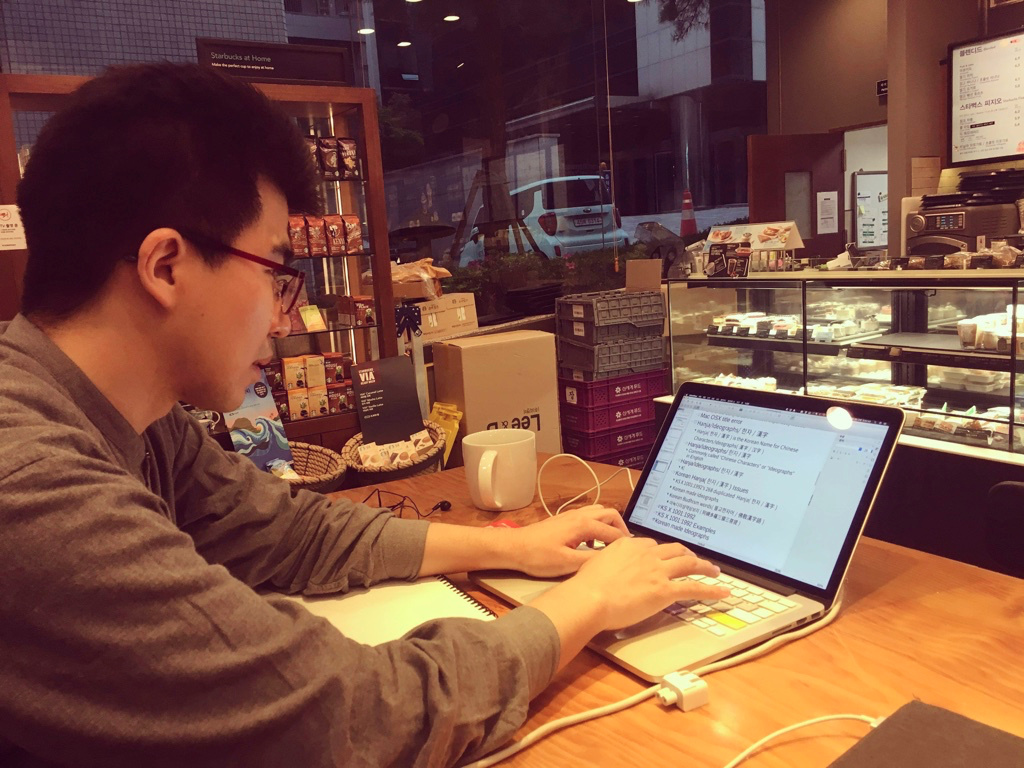 To start with, tell us a bit about yourself!

My Twitter ID is @studioego, and I’m also on Github: https://github.com/studioego

This is because, three languages (Chinese, Japanese, Korean) use Chinese characters 漢字 (also called “ideographs”) and share a similar culture. I am curious as I study the commonalities and differences in the East Asian languages. I also like to visit some historic sites and take pictures in Korea.

What are you working on in LibreOffice at the moment?

In Korea, many people have rarely used LibreOffice – so I found many bugs and missing feaatures. So my overall goal is fix and improve Korean languages in LibreOffice.

Is there anything else you’d like to work on in the future?

Along with improving Korean support in LibreOffice, I’d like to do it with other FLOSS projects.

It is the official and national language of both Koreas: the Democratic People’s Republic of Korea (North Korea) and the Republic of Korea (South Korea), with different standardized official forms used in each territory. It is also one of the two official languages in the Yanbian Korean Autonomous Prefecture (연변 조선족 자치주/延邊朝鮮族自治州/延边朝鲜族自治州) and Changbai Korean Autonomous County (장백 조선족 자치현/長白朝鮮族自治縣/长白朝鲜族自治县) of the People’s Republic of China [中華人民共和國, Mainland China]. It is also used in Japan, Uzbekistan, Russia [it reads “Корё мар” in Russian], Kazakhstan, Kyrgyzstan, etc.

Also, the Korean language uses Chinese characters (漢字). It means “Sino-Korean vocabulary” or “한자어(漢字語/Hanja-eo)” in Korean. It is similar to Japanese Kanji [漢字かんじ]. So when you’re working on FLOSS, you have to consider both Chinese and Japanese as well as Korean and vice versa.

In future, If I have time, I want to do more research about the differences in Korean languages in South Korea 🇰🇷 and North Korea 🇰🇵.

How did you get involved with LibreOffice – and what was the experience like?

In 2017, I visited Taiwan’s FLOSS Conference, COSCUP (Conference for Open Source Coders, Users and Promoters) as the Korean FLOSS Contributor.

At that time, I had already contributed Linux character maps applications – both GNOME (gucharmap) and KDE (kcharselect). Then I attended COSCUP at National Taiwan University, in Taipei, Taiwan, and in 2017, I met TDF board members Italo Vignoli and Taiwan’s TDF members, Franklin Weng, Cheng-Chia Tseng and Jeff Huang. I also met a Japanese TDF member, Naruoka Ogasawara. When I watched Italo Vignoli’s presentation, it had a strong impression on me. 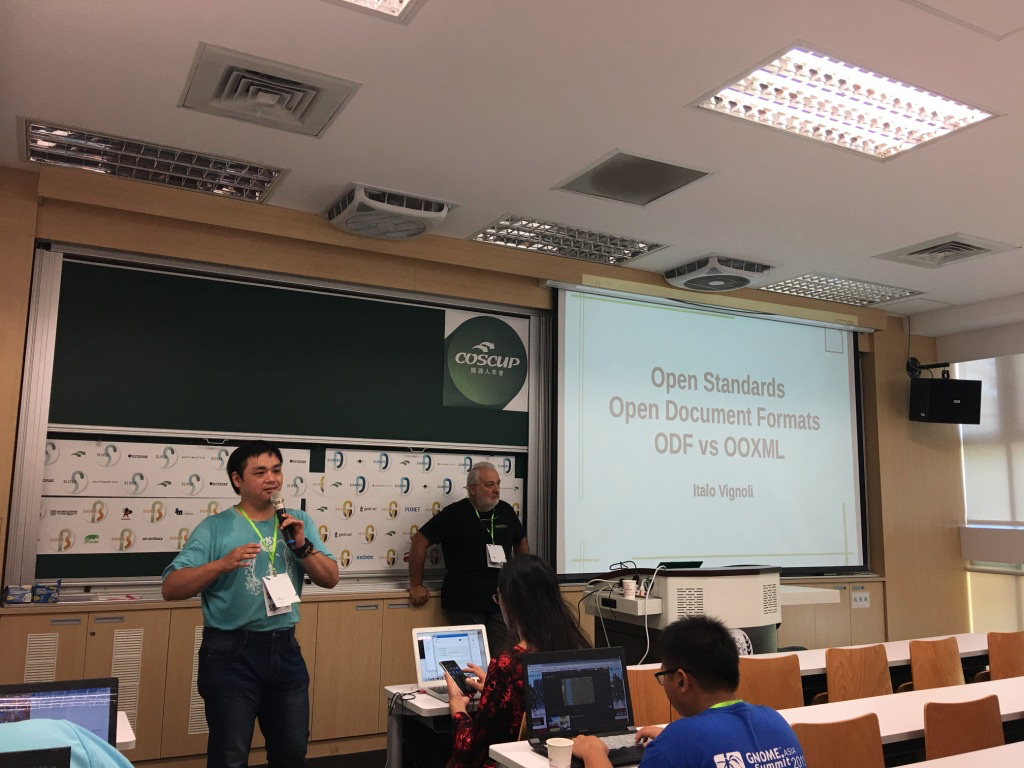 Then, Jeff Huang [Po-Yen Huang] invited me to the LibreOffice CJK Telegram group. So I joined the LibreOffice project in 2017. At that time, I installed and used LibreOffice for the first time. (When I was University student, I was used to OpenOffice. However, its compatibility was very low, so I had stop to using it.)

Last year, I met many of TDF members and Asian LibreOffice users in places such as Taiwan, Japan, Indonesian, Mainland China, etc. In February 2018, I met Japanese TDF member, Jun Nogata with KDE board member “Eike Hein”, KDE Korea members in Seoul. At that time, really I felt Jun Nogata’s passions for FLOSS.

Then, In August 2018, I heard and watched KDE Akademy 2018’s keynote. The keynote’s main topics were North Korea, FOSS in Both Koreas (North and South). In his keynote slide, he talked about Korean Expat challenges in Korea for using FOSS (for example, Korean input, fonts, banking, online transactions [maybe, Microsoft ActiveX technology is popular in Korea], and HWP [Hangul Word processor] files).

I think, In Korea, Microsoft’s product-friendly computing environment and proprietary software is popular (such as HWP), so many Koreans and expats in Korea think ALL FOSS is difficult to use. (Also, I personally feel that it is difficult to use FLOSS in Korea.) 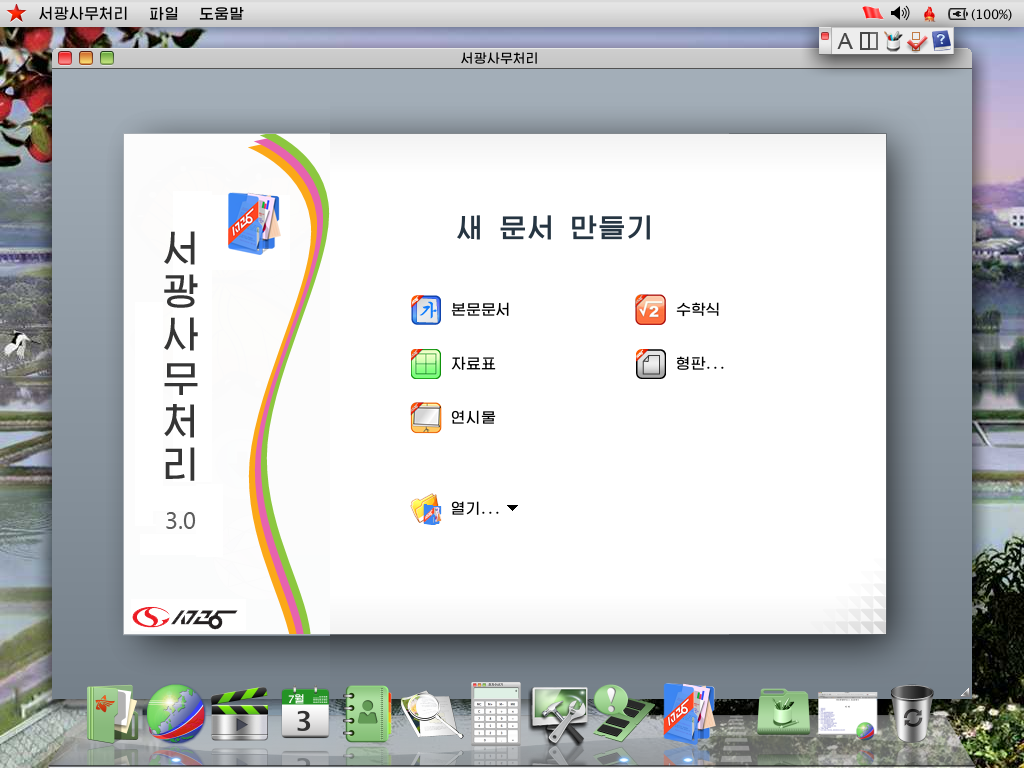 Also, when I attended COSCUP, GNOME.Asia and openSUSE Asia summit 2018 in Taipei, Taiwan, I met other TDF members from Asia (such as LibreOffice Taiwan Team, Japan Team, Indonesia Team, etc). Then I met LibreOffice Indonesia team members at LibreOffice Asia Meetup in A+A Space, Taipei. I was impressed by the enthusiasm of Indonesian open source users and contributors to open source.

Finally, what do you see in the future for LibreOffice? What does it need most?

If LibreOffice does not have feature enhancements for Korean users, I think that using the ODF format and document liberation movements in Korea will be impossible. Also the future for LibreOffice is not good regarding the Korean language. In Korea, the HWP format is still widely used HWP – and the share of Microsoft doc formats is still low. HWP format is the de facto standard official document format for the public sector and schools in Korea.
OpenOffice and LibreOffice can only open HWP files only if they were created with Hangul ’97 – newer versions of HWP files cannot be opened with these applications.

Recently, the government of the Republic of Korea Government announced that they will “use ODF insteadd of the HWP format”. But it’s only a slogan – and they only use draft documents officially on web-based document management systems. When I read the article, ”Taiwanese government standardises on true ODF document format”, I really admired the Taiwanese FLOSS activists and contributors.

Thanks DaeHyun Sung! And to everyone reading this: you can also give our community a hand and help to spread the word about free software and open standards. See our “What Can I Do For LibreOffice” site to get started!