Regina Henschel is a long-time member of the LibreOffice community, and has worked on ODF, the native file format of the suite. At our recent German community meetup, we talked to her about how ODF is developed, and how users can help to improve it… 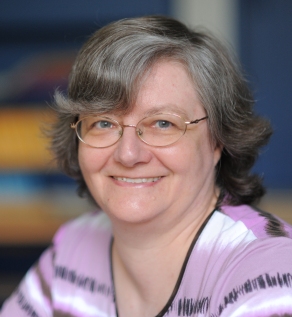 Tell us a bit about ODF…

Open Document Format is LibreOffice’s native file format. (If you have a file with a .odt, .ods, .odp or .odg extension, then it’s an Open Document Text, Spreadsheet or Presentation file or Graphic respectively.)

ODF is developed by OASIS, then submitted to ISO (the International Organization for Standardization), and then adopted as a standard. There is also a working group at ISO, which by the way also works on OOXML – which can then ask questions about development, and so on.

For ODF we are now working on version 1.3. We had a “feature freeze” last summer. We have come so far that everything we wanted to have in it is available in the “editor version”. Now we’re going to fine-tune it, then we’ll be back in summer – so that was a whole year. Then comes the coordination process at OASIS, so it usually takes two years until a new version of the standard is ready.

How do you decide which new features to add?

The feature has to be well defined, and that depends a little on how good the proposal you get is. There are some suggestions like: “We want to have a feature for Fourier transformations” – but nothing else! And then we say: as long as there is no implementation that actively handles it, we’ll postpone it for later. It’s not worth it, for a standards body to deal with a proposal like this, if there are no applications that are actually interested in it.

ODF exists as a “strict” standard, for features that are fully standardized, and then there is an “extended mode” in which you can try out new features in applications. They then run under their own namespace, and if that works, organizations can make a suggestion for OASIS, eg: “This feature works well for us, so please include this in the strict standard.”

Then others can say: “Yes, we want to do something similar, but it would be better for us if we didn’t call it X, but Y instead”. Or: “We need an additional attribute to make it work for us”, for example. In situations like that, the proposals are discussed.

For example, in LibreOffice, it’s now possible to specify the size of charts, independent of their labels. In the old standard, you could only set the size including the label. This means that when data changed and the label changed, the effect was that the size of the chart changed. So that’s been fixed in ODF 1.3.

There are also bugfixes, where there are things that are simply wrong, or that are not clear enough for implementation. For example, one thing that was really incorrect was to put the units “at” and “atm” on the same level – that was definitely wrong. And one time, a matrix form was wrong as well. So we work on fixes for these.

Can normal end-users help out?

Yes, you can be a “normal person”, so to speak, without being on any committee – you can still send something to the Technical Committee. There is a mailing list, and also a homepage, where you can get informed about the work of the committee. There you can also find a link to the mailing list – but you have to register, because of spam. Messages on this list are then read and answered by the Committee.

The second way to get involved is when the Committee is about to make a new version of ODF. This will then be made available for voting – and then there will be an official time for comments. There the regulations are a bit stricter; this is not voluntary, but the committee has to actually work on these comments. That should then give a qualified answer.

The next step where official participation takes place is at ISO. They have the same disclosure process again, where comments are collected accordingly. Then the Technical Committee gets a long list from ISO: “We have received these comments, please discuss them.”

So this is a process that is very open. That’s one of the reasons why I decided to join the Committee. It’s not that something happens in secret, and then suddenly there’s a standard – but rather, the process is totally comprehensible.

The other thing that interested people can see is the archives of the mailing lists – and there are weekly teleconferences too.

Thanks to Regina for all her help over the years! ODF – and other open standards – are incredibly important, especially for long-term data storage. Indeed, the UK government recommends using ODF, and has guidelines for using the format in organisations and companies. Also check out this presentation from Regina at FOSDEM 2018.