LibreOffice developers, testers, translators and documentation authors are working hard on LibreOffice 5.3, which is due for release in early February. One contributor to the project, Tamás Bunth, has been helping to improve Base, the database front-end of the suite. We caught up with him to ask how he got involved with LibreOffice and what the community is like… 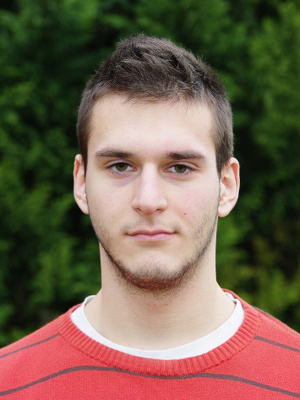 Where do you live, and are you active on IRC channels or social media?

I’m Hungarian, and I live in Budapest. My IRC nickname is Wastack (the name comes from the game Heroes of Might and Magic, one of my favourite games from childhood – Wastack is a barbarian hero). I’m on Facebook too: https://www.facebook.com/btomi96.

Do you work for a LibreOffice-related company or just contribute in your spare time?

I did some work for Libreoffice as a Google Summer of Code (GSoC) student last year. In the future I’ll contribute in my spare time.

How did you get involved with LibreOffice?

One of my roommates in my student hostel suggested that we should try GSoC. I was searching for an end user application written in Java or C++, since these are the languages I’m comfortable with. As I looked at the Easy Hacks I realised that I may be able to solve some of these, and the developer community was helpful as well.

What areas of the project do you normally work on? Anything else you want to tackle?

My GSoC project was to upgrade the internal Firebird database management system, which is used by LibreOffice Base, and solve related bugs, which makes Firebird an experimental feature. Therefore, I got to know the drivers in some detail, and I think I’ll stick to this area in the future.

What was your initial experience of contributing to LibreOffice like?

When I first looked at the C++ code in the repository, it was scary, since even a simple string is called OUString. After that I found some UNO interfaces, and I really don’t know what was going on there. Of course, after some time and guidance from my mentor things got much clearer.

Which is your preferred text editor – and why?

Vim is my favourite. Well, I don’t now many other editors, but Vim is highly customisable. I like the recording feature too.

What do you do when you’re not working on LibreOffice?

I am a 2nd year Bachelor of Science student of Budapest University of Technology and Economics. In my free time I go rowing. This year I got 4th place on the National Championship of Hungary in eights crew. I’ve achieved two first places there, but I’ve never been in an international race. It is one of my future goals.

Any other hobbies or projects you’re working on?

When I still have some free time, I like writing little computer games. I started with a simple snake game using Flash several years ago, which was followed by a Tetris with Java Swing and a multiplayer Tron game using TCP (still Java). Currently, I have an incomplete project of a browser game, where you have to move simultaneously with figures on a map. It is written in JavaScript, with Node.js on the server side.

Thanks Tamás! And thanks to everyone else who’s working on making LibreOffice 5.3 the best release yet. If you’re reading this and want to join a friendly and busy community promoting open standards and document liberation, get involved!