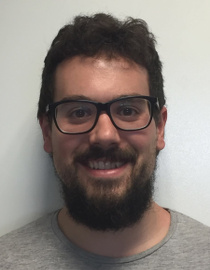 A few weeks ago we talked to Muhammet Kara about his work on LibreOffice, and today we hear from Xisco Faulí, a Spanish developer who started with Easy Hacks to get familiar with the code…

Where are you based, and do you work for a LibreOffice-related company or just code in your spare time?

I live and work in Madrid, Spain, but originally I’m from Valencia, on the east coast of the Iberian Peninsula. Currently, I work for a private company as a QA engineer, so I write code for LibreOffice in my spare time, normally late at night.

How did you get involved with LibreOffice?

Before LibreOffice existed, I knew OpenOffice.org as the open source alternative to Microsoft Office, but I never thought of contributing to the project because from my point of view, it looked really difficult for someone like me with little knowledge in C++ and no previous experience in an open source project, to contribute to such a big project.

However, when LibreOffice was forked, I came across the LibreOffice Easy Hacks page and I realized that some of the easy hacks didn’t require much knowledge in C++ – so I decided to give it a try. In fact, my first contribution to the project was as simple as deleting some commented lines, but it was really encouraging to see how welcoming the community was to me and how fast my patch was merged into master, so I got hooked right away.

What areas of the code do you normally work on? Anything else you want to tackle?

In 2011, I was accepted as a student in the Google Summer of Code to work on porting Java wizards to Python in order to reduce the Java dependency. During the program, I ported the Letter, Fax and Agenda wizards. Later on, the Web wizard was ported by Javier Fernandez (Igalia). However, there are still some database wizards that need to be ported: tdf#83814. So I take the opportunity to encourage anyone interested to work on this task.

More recently, I’ve done some work in the SVG filter (which I hope it will be deprecated soon) and in the SVGIO filter, especially adding unit tests in order to avoid regressions. More info: http://x1sc0.blogspot.com. Besides, I’m also working on tdf#89329 with the help of Noel Grandin, and tdf#62525 with the help of Thorsten Behrens (thanks to them both!) and I must say it’s helping me a lot to improve my knowledge in the code base and in C++.

What is your vision for the future, or what would you most like to see improved in LibreOffice?

I’d love to see more Spanish contributors in the project and a more active Spanish community. It would be nice to have something like in Germany, Japan, Brasil or Italy and celebrate local meetings from time to time. This could also help to have more widespread use of LibreOffice in the Spanish public administrator, which would be another thing I’d love to see in the near future.

What do you do when you’re not working on LibreOffice?

I like sports, specially those done in the mountains like climbing, skiing and trail running. I also like traveling – recently I’ve discovered the pleasure of travelling by bicycle and I must say I love it. When I have evenings free, I like to go to the cinema, the theater or go out with friends.

Thanks Xisco! And to any other interested developers reading this: join our community and help to make LibreOffice even better.