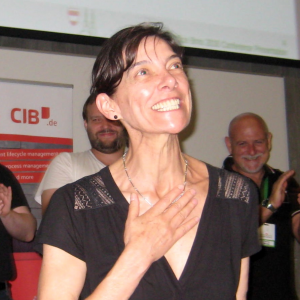 You are one of the people who have been around from the beginning of The Document Foundation, and one of the oldest members of the community (including the years of OpenOffice.Org). How were you involved in the project?

I was using StarOffice 5.2 and was contributing support on the French speaking users list. When Sun Microsystems was about to open source the code and create the OpenOffice.org project, they invited me to join and support the community. From there, I’ve been involved in various tasks like localization, quality assurance or documentation.

I may not remember all of them, but I guess the creation of the Native Language projects with the French speaking one as a Proof of Concept in 2001. Then the many community supported projects such as marketing, documentation, etc.

And then of course, the birth of the LibreOffice project. Since then I’ve the impression that each year is a milestone 😉

There have been so many exciting things to do in each corner of the project. The community is pushing a lot of good ideas and energy. Considering the work done on QA, UX/Design and marketing for the product or the community, the new help system and the size of our infra, we have achieved more than we could even imagine ten years ago!

You have been involved in the localization of the software since the very first version, and now you are coordinating the activity of native language projects. Can you talk about the localization activity?

Localization is a complicated task, and sometime tedious. LibreOffice is a big software with thousands of different strings. Localization happens at the end of the software making process, so the workload depends on development, UX/Design and marketing projects.

Recently, there have been changes on the strings format for almost the entire interface of each module, on the help system and more and more marketing activities. Each localization member should be very proud of his/her work.

We want to cover more languages because localization is a way to preserve those languages, preserve the local culture and give all users the opportunity to express themselves in their own language. This is where my activities lie: understand the needs of localizers, voice their concerns, update the workflow and try to make them happy to translate the different projects. 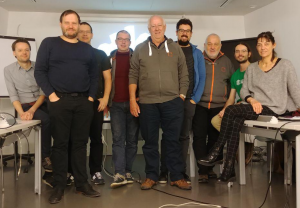 You have been a member of the team for almost six years, with a number of different responsibilities. From your point of view, how well did the project during this time?

Happy to say: fairly well 🙂 The task was not easy but I believe we are doing right. Some people would like to see more things happening, or the project going faster or further. But we are a diverse community with different cultures, different business or occupations and different time zones!

We need to keep people together on the same path, to preserve the soul of the project. It’s not easy to keep an eye on the horizon on a daily basis, but our directors are doing that since the beginning and they are doing it very well if you look at the foundation’s results.

I can see my colleagues of the team working hard on each critical part of the production process, and at the same time taking care of the community, trying to answer end user questions and help independently from what they have on the table. I’m proud and very happy to be part of this team, and happy to see how mature the foundation has became. Every day I’m learning something new, either from them or from the community. I’m thankful for that 🙂

With the growth of the project and the community, you are now moving to the position of Foundation Coordinator. Can you describe this role?

I follow what is happening in other parts of the project, and try to bring my help and my knowledge where needed. For example, when the work began on the UX, I helped the team with my knowledge of the product and its philosophy.

The change will happen mainly in the administrative parts, where an assistant will be hired by the foundation. That should leave me more time to push some projects we want to put in place, like the travel support program, Open Badges, moving to another translation tool, etc.

Looking at the next decade, which are the top challenges for LibreOffice?

One of the most important challenges for open source projects is to make the community of volunteers and ecosystem participants thrive. Our developers are securing this by constantly enhancing tools and processes, but at the same time users and contributors are evolving, and we need to reinvent ourselves almost every day. This also means to re-evaluate processes and tools, looking at them in perspective.

Last, but not least, the product has to further evolve according to changes in the market, and we have to invest to make the online version more popular amongst users and increase the number of adoptions and contributions to the project.