The Board of Directors of The Document Foundation has confirmed Marina Latini in the role of Chairwoman and appointed Bjoern Michaelsen in the role of Deputy Chairman.

I have used their own words – from the email they have sent to present their candidacy – to describe themselves, although they are both very well know both in the LibreOffice community and in the wider FOSS community. 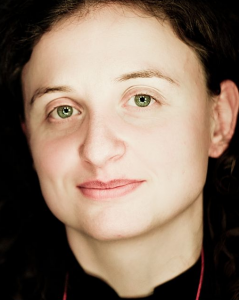 My name is Marina Latini, Italian and 33 years old. I studied Computer Science at the University of Perugia, and I’m a free software advocate since 2007, promoting free software and open standards. In 2010, I was one of the first Italian members of the LibreOffice community. I’ve been an active member of the Fedora Project from 2009 to 2013, and an openSUSE advocate since October 2011. I’m involved in several events, migrations and training related to LibreOffice both in the public sector and in schools. I’m working at Studio Storti as team leader of the LibreOffice Division since 2013. In the past 2 years, I was honoured to be a member of TDF Board of Directors and I’m thankful to all the people that rely on me for this important role.

From the very beginning of my career, I was focused on the relationship between society and technologies, remarking where possible the importance of free software and open standards adoption. I had the opportunity to get a job where I can share my passion and the knowledge acquired during these years. Thanks to TDF community and the election as a member of the Board of Directors, I had the possibility to maximize my efforts and work hard for one of the biggest community projects in free software history.

A lot of things have been done, but is not still enough. Together we can achieve more, spreading all over the world all the good things that this project has been able to realize. I feel that I have still a lot to offer to TDF, for the people of the community and for the ones that will come. Our project is growing fast with contributors from several countries and we need to focus much more on lowering the barriers to being a really welcoming community.

Keeping in mind our charitable entity we can’t forget to interact with schools and university, spreading the knowledge and mentoring new contributors. Finally, I would like that our community will become as much as possible inclusive, and never let out who, just in appearance, looks like different from us. Openness is a state of mind. 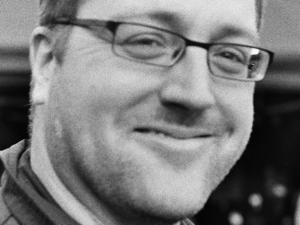 I’m Bjoern Michaelsen and I am currently serving on the Board of Directors as an unaffiliated individual. Before that, I ensured LibreOffice to be properly released and maintained through half an alphabet on Ubuntu: from the first LibreOffice release (3.3) on Ubuntu Natty to LibreOffice 5.3 on Ubuntu Zesty.

My current job is unrelated to LibreOffice. This unfortunately also limits the time I can donate to the project in various roles: as a developer, as a member of the ESC, as an organizer of events or fulfilling administrative tasks on the Board of Directors. But it also allows me to claim to be a truly independent voice.

I spare you providing a long list of my prior contributors to the project, as they are a bad prediction of those in the future. Instead, I will try to provide you with what I can bring to the role on the Board and what goals I am going to aim for:

I served as a Director or Deputy on the Board of Directors of TDF since it was first incorporated, and along the way I learned insights in the finer details of the decisions and experiences made by TDF Board of Directors. The hard core of these involves the allocation of the foundation’s resources: its brands and donations. But I also understand and contributed to the softer points: TDF carefully using its public voice as an NGO for the greater good and its stated mission.

I hope I will be able to bring this experience to the next term of the Board of Directors. I am encouraged to see strong contributors to the project as new candidates in this election and hope to share the duty of serving with them, together providing a strong and reasonable voice of independent and unaffiliated input in the Board.

Ultimately, I hope after this one last term can confidently leave TDF Board with many new diverse and independent voices in all parts of the project and foundation and retire back to spend my contributions more on e.g. the code of the project again.