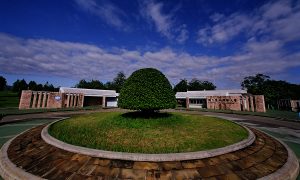 April 23, 2017, Taiwan – The migration of ODF keeps going in many different fields in Taiwan. Since 2016 the Ministry of Education in Taiwan entrusts the Information Service Association of Chinese Colleges (ISAC) and Software Liberty Association Taiwan (SLAT) with the task of promoting and migrating ODF/LibreOffice in universities in Taiwan. Among all the university, National Chi-Nan University (NCNU) is the earliest one, which started migrating LibreOffice since 2014 and has been working on it for three years.

Then on April 20, 2017, a student from NCNU posted an article on Dcard forum saying that, according to her teacher, NCNU “Will not use Microsoft Office anymore due to the budget issue. LibreOffice will be used to replace Microsoft Office.” The student strongly questioned, “LibreOffice is totally unknown to everyone. I don’t know what the administrative staffs of our school are thinking about. Microsoft’s software is a very basic skill for enterprises to recruit people. This decision will make students lost their core competitiveness.”

This article raised heated discussion on the Internet. Some people questioned the NCNU about the usage of the budget, saying that such a big national university may never lack the budget to buy Microsoft licenses. Also, there were still a number of people questioning about the interoperability between LibreOffice and OOXML. However, more people disagreed with the student’s thoughts about “Microsoft equals core competitiveness.”

Ben Jai, a famous entrepreneur and public opinion leader in Taiwan, said on his Facebook page: “For a student, it should be more important to actively explore new things rather than waiting for someone to teach him. If he just waits for teachers to teach him how to use a tool and plans to use the tool all his life, he will be very easily eliminated.”

Matthew Lien – a.k.a. BlueT in open source communities in Taiwan – who was one of the main promoters of LibreOffice in NCNU, explained the policy on Facebook: “The budget is just one of the reasons but not all. The budget of schools should invest on students and education, but the Microsoft’s license fee is going higher and higher and starts to supplant budgets of other items. Therefore, we’ve worked on promoting ODF and LibreOffice for three years. It’s not an impulsive decision. BTW, we won’t forbid anyone to use Microsoft Office, just that NCNU won’t purchase Microsoft Office anymore.”

Another article on The Inside Media discussed this topic and gave a conclusion by asking this question: “Maybe Microsoft Office has been the basic skill of many enterprises. However, why our education only teaches our students a single tool, instead of training our students to learn and adopt new skills actively?”