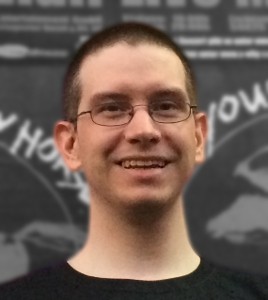 Christian “Cloph” Lohmaier has been LibreOffice’s release manager for quite a long time. We asked him some questions, to not only get better knowledge about his daily activities, but find out his opinions about The Document Foundation and LibreOffice.

Q1. What is the typical day of a release manager?

Release manager is not a single-day job. The release process spans across multiple days for a single tag, or multiple weeks if you take a new version.

Release preparations typically start with preparing the translations. For LibreOffice, most language teams translate using Pootle, so translations have to be exported and then processed a little before they can be checked into the source repository. Most of the processing is just to reduce noise in the commit though, not changing anything in the actual translations, though we also have a tool that removes invalid strings (like for example duplicate translated names for spreadsheet functions, or commands with spaces in the formula editor).

The next step is looking into Gerrit, to see what patches are still pending, even after reminding people of the tag the days before. For smaller ones or for areas where I feel competent enough, I do the review myself; for more low-level stuff I hope to mobilize more experienced developers.

Final steps then are updating the credits documents and bumping the version string. After the tag is pushed, then it goes to building. While typically this is a non-issue nowadays, thanks to the investments in CI (continuous integration) and tinderboxes, there still might be some corner cases that might need an additional fix and a corresponding buildfix tag.

Q2. 2016 so far for LibreOffice and for TDF: what is your personal perspective?

It is hard to keep track and especially for me I have bad memory when it comes to people’s names or to when a certain event took place. Some things feel like they were years in the past but just happened a few months ago.

But 2016 for me especially was also about temporary changes in duties and more specifically infrastructure administration. You might be aware that former infrastructure admin Alexander Werner moved to a new job, so there were quite a bit of thing to juggle until we got Guilhem on board to take over the infrastructure again. So my personal perspective wasn’t so much based on release manager duties (where also some training to reduce the bus factor was done), but rather a year of transitions, both at work and also in private life (I moved within the city).

It was nice to see the rough edges smooth out, to gain confidence in the decisions that were done in the past.

Q3. What do you see as the most important challenges for TDF in 2017 and beyond?

I think communication channels for the younger audience is one of the biggest hurdles to overcome. Mailing lists or IRC aren’t really used by the smartphone generation. It appears to me that in general people have less patience, expect a response within minutes – but that’s not what people like me are used to. There are ongoing efforts to expand the outreach, by using Telegram or also by the series of YouTube videos. But even then: a lot of young people don’t even use a dedicated computer anymore (except for gaming) – their phone/tablet or a set top box are their “computers”.

And on top of that, they don’t recognize the value of open document standards. They kind of take it for granted to be able to exchange stuff, but don’t care what magic makes that happen.

Whoa, that is a tough question. Hopefully, by then we will have a fully functioning tablet/touch-input-friendly version of LibreOffice, and many more public administrations will offer files in free formats (ideally using LibreOffice to create and edit them :-))

Also, I hope that the communications situation will be sorted out, both in terms of which medium to use, but also in the sense of the language barrier. Unfortunately, many native-lang communities stay mostly amongst themselves – they stay invisible to the English lists despite making a big difference to the project.

Q5. You have been with the project since day one: which is your opinion about what we have achieved, and what we could have achieved?

I think it was a success story. I was especially overwhelmed by the support at the very beginning when it came to founding the Foundation. I really didn’t expect the €50,000 to be collected that quickly. And I’m also happy that even private end users value what TDF does, and support TDF with donations.

Q6. Are you contributing to other open source projects? If yes, which is your role, and which are your expectations?

While not really active, I’m using Mageia as my distro of choice, and am lurking in their IRC channel and am subscribed to the mailing list. So I do some user-support and occasionally did some packaging (although not as maintainer, rather I assemble a spec file that other people could use). That was still when I had an ISDN internet connection instead of DSL, so I don’t have any use for those packages any more – and the rest did find its way into Magia already.

Q7. Last, but not least, which is your personal hardware/software configuration? Do you have any preferred tool?

I mentioned Mageia in the last answer, that is definitely my desktop distribution of choice. I (still) run Gnome desktop, although with some tweaks and extensions to make it usable.

Hardware-wise: I really like the Dell XPS13 (FullHD variant) laptop due to its form factor for travel and mobile use, but my regular desktop is a low-power system using a mini-ITX board with an AMD A4-5000 APU with a 27″ monitor at 2560×1440. Gotta love big high res screens, even when not considered HiDPI. For building and tinderbox use I have a Mac Mini and a PC with i7-3770.

I’m a Vim user for most editing, but when it comes to Android (Java) development, I’m a fan of Android Studio. Often enough I need to connect to a Mac or Windows box via tunneled VNC or RDP, and for that nothing beats Remmina. Especially when it comes to mapping a PC keyboard to the Mac it’s a blessing. The built-in support for SSH tunnels is a welcome convenience.

For an IRC client I’m using Smuxi – that allows me to have it running on my main desktop and connect to it from the laptop, sharing a session. And finally Chromium-browser – it was simply ahead of the competition when Galeon slowly faded away and Epiphany was stripped of all the features I liked. Firefox at the time was too resource-hungry for the much slower systems I had back then. And then I stuck with it out of convenience mostly (but to be fair: I don’t have many complaints with it anymore, except no proper keyboard control for HTML 5 video).

So there you have it: GNOME desktop, GNOME-terminal with Bash/Vim/SSH/other command line tools, Smuxi and Chromium web browser are running constantly, followed by Remmina and Android Studio.