On September 28, 2010, LibreOffice was announced with the distribution of this press release:

The community of volunteers developing and promoting OpenOffice.org sets up an independent Foundation to drive the further growth of the project

The Internet, September 28, 2010 – The community of volunteers who develop and promote OpenOffice.org, the leading free office software, announce a major change in the project’s structure. After ten years’ successful growth with Sun Microsystems as founding and principal sponsor, the project launches an independent foundation called “The Document Foundation”, to fulfill the promise of independence written in the original charter.

The Foundation will be the cornerstone of a new ecosystem where individuals and organizations can contribute to and benefit from the availability of a truly free office suite. It will generate increased competition and choice for the benefit of customers and drive innovation in the office suite market. From now on, the OpenOffice.org community will be known as “The Document Foundation”.

The Document Foundation is the result of a collective effort by leading independent members of the former OpenOffice.org community, including several project leads and key members of the Community Council. It will be led initially by a Steering Committee of developers and national language project managers. The Foundation aims to lower the barrier of adoption for both users and developers, to make LibreOffice the most accessible office suite ever.

The Foundation will coordinate and oversee the development of LibreOffice, which is available in beta version at the placeholder site: http://www.libreoffice.org. Developers are invited to join the project and contribute to the code in the new friendly and open environment, to shape the future of office productivity suites alongside contributors who translate, test, document, support, and promote the software.

Speaking for the group of volunteers, Sophie Gautier – a veteran of the community and the former maintainer of the French speaking language project – has declared: “We believe that the Foundation is a key step for the evolution of the free office suite, as it liberates the development of the code and the evolution of the project from the constraints represented by the commercial interests of a single company. Free software advocates around the world have the extraordinary opportunity of joining the group of founding members today, to write a completely new chapter in the history of FLOSS”.

This is a group picture – at LibreOffice Conference in Brno – of many of the people who made that announcement possible, in different capacities:

This is a group picture of the people – mostly volunteers – who attended the LibreOffice Conference in Brno in September 2016, travelling from Asia, Africa, Europe, North America and South America. They are the ones who make LibreOffice and Document Liberation projects possible today.

What we have achieved in six years, and what you can expect in the foreseeable future

Six years have gone by, and it seems like only yesterday. The Document Foundation has a stable governance, a growing team taking care of daily tasks and a community spanning over six continents (although there might be LibreOffice users in Antartica). 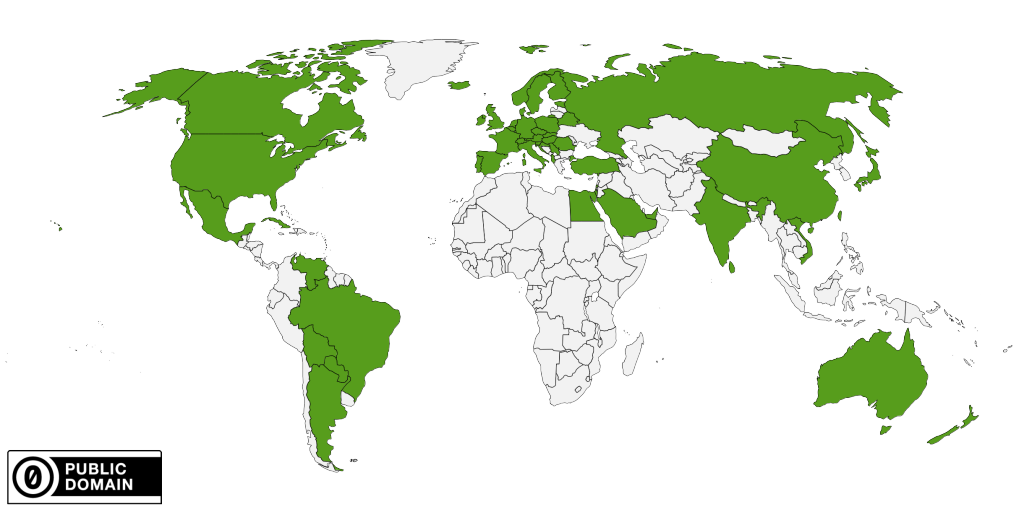 During this timeframe, the project has been able to attract new developers for 72 months in a row, quite an achievement for a source code which was said to be extremely difficult to contribute to (at least, when under the OpenOffice name). Last, but not least, LibreOffice has just won Infoworld’s Bossie (Best of Open Source) Awards for the sixth straight year in a row. 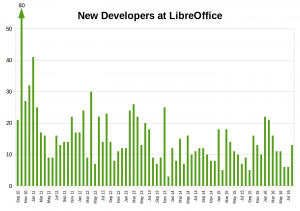 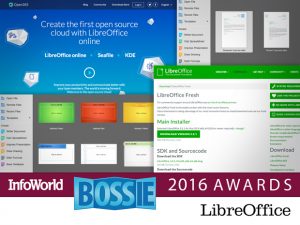 Starting from tomorrow, we will be focusing on the next major release – LibreOffice 5.3 – which will be launched at the end of January 2017, just before FOSDEM in Brussels. Stay tuned.

For people new to the project, this is a collection of the articles published on September 28, 2010, and still available on the net: 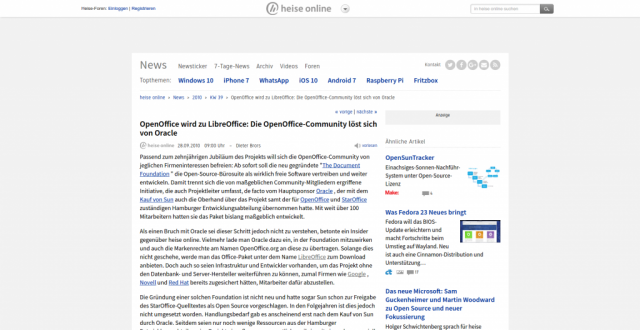